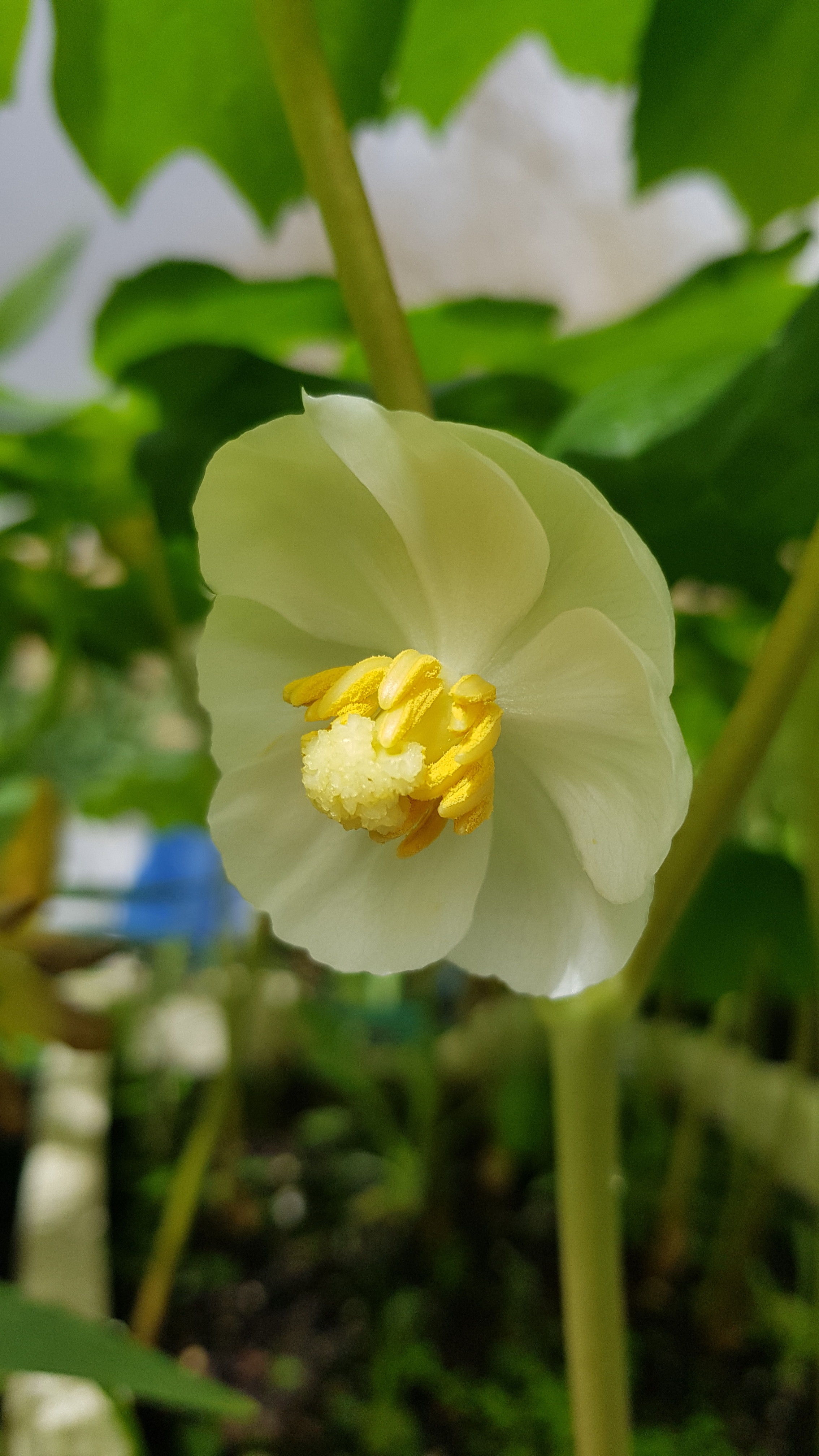 The so-called Mayapples were once all together in this genus but it was split up in recent years and now Podophyllum peltatum is the only member. P. hexandrum was moved into its own genus Sinopodophyllum, and the rest became known as Dysosma. For convenience we choose to discuss them all here.

These are deciduous herbaceous perennials in the Berberis family (Berberidaceae), which although primarily includes woody plants, also includes other herbaceous genera such as Epimedium, Vancouveria and Jeffersonia. Podophyllum peltatum is native to the woodlands of Eastern North America while the members of Sinopodophyllum and Dysosma are native to China. They grow from an underground rhizome as do other herbaceous members of their family and produce an umbrella-shaped leaf which is often beautifully patterned with deeply divided edges. The flowers usually hang below the “umbrella” and give way to the large rounded fruits which inspired their common name, the May Apples.

Podophyllum species contain toxins which have been used in traditional medicines and are now finding uses by modern medicine in wart removal and cancer treatment.

They enjoy a sheltered moist woodland spot with afternoon shade.